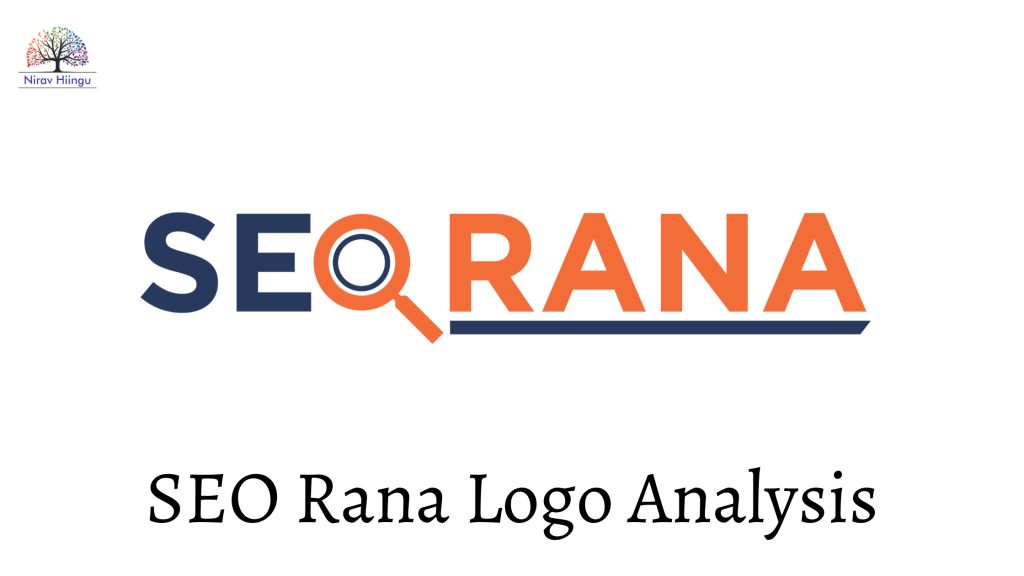 SEO RANA is a digital marketing startup in India. It is a known SEO Agency in Delhi which accelerates the expansion of the website and helps the business for lead generation and production of the new alliances and micro-business.

Let us dive into the Name-Numerology of SEO RANA.

Refer to the Chart for Chaldean System. 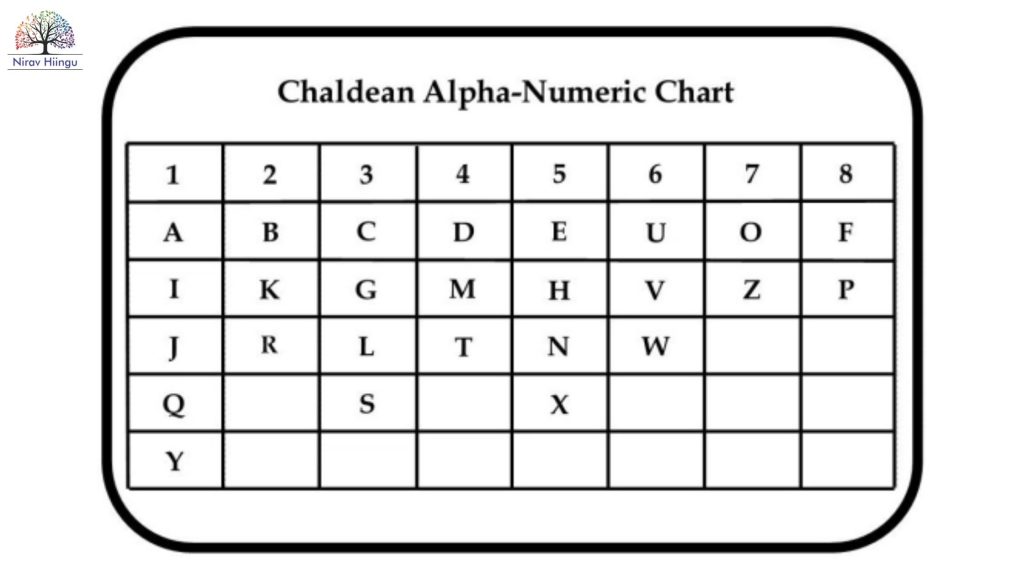 Number 24 as per the Chaldean Numerology, is a Number for financial success, love, and happiness: this number blesses the person with lots of wealth, devotion, and creativity.

It is the number of Karmic rewards. Hence it is also promised help from those who are into the higher authority and close association with the people of high rank and position.

This number promises gain of wealth and also creates personal touch and magnetism that is extremely attractive to the opposite gender.

Therefore, this is a favorable number which also increases financial success and the ability to achieve happiness and love.

Here, let us look at the compatibility between Business Name SEO Rana and its Founder.

Hence, Sourabh Psychic Number is 3, and Destiny Number is 7.

Note – In Compatibility, Planet Jupiter is a friend of Mars. Here Sourabh is 3, which is Jupiter, and Jupiter and Venus both are supposed to be Guru wherein Jupiter is the Devguru Brahaspati, and Venus is considered Mentor of Rakshak – Daitya Guru Shukracharya.

Hence, the SEO RANA which has name numerology of 24 = 2+4 =6 and Sourabh Rana Psychic Number 3 compliment each other, and Jupiter is a friendly element that will take off every aspect of company growth like Name, fame, stability, and scalability of the business.

Now, let us move into the Logo Design Analysis of this Startup.

SEO Rana – as per the name numerology, the logo perfectly gets fitted into the vision and mission of the firm.

As the company/firm is into Search Engine Optimization, the logo matches its functionality.

Shape – This startup Logo is said to be a word-centric logo which helps invisibility as it has all letter in capital letter. Do note that Capital Letter makes more visibility compared to the mixed-letters Logos. Hence the branding would be more effective.

Ratio – The Letter size is of proper ratio, there is no cutting or stretch in the SEO letter which makes the balance in the logo hence the company will grow and there would be no ambiguity in the future.

Symbol – The Logo consists of a symbol of magnifying glass which itself shows that the company always wants and will move into the deep layer of any project undertaken. Hence, being the Best SEO Company in Delhi, the Founder, and their team will identify the root cause of every hidden problem and give the best possible solution for their client. 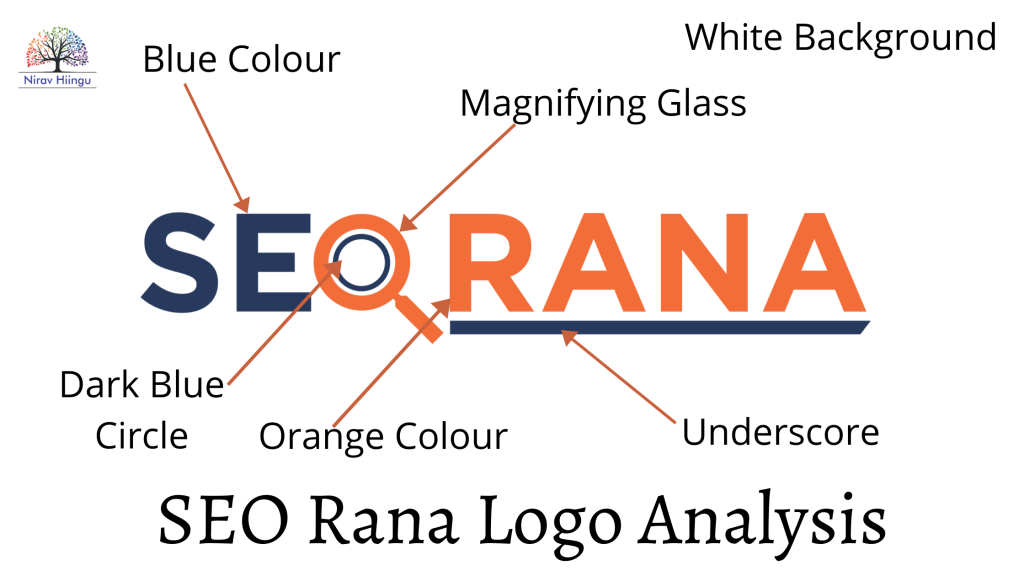 The Magnifying Glass also shows that the company doesn’t believe in verbal communication and give a false dream or make a glossy picture but move and dig the hole to know and diagnose the issue in the project.

Dark Blue Circle – This circular ring ( in a magnifying glass ) shows the focus of the company and clarity of the thought. Hence, there is a very clear picture in the mind of the founder – his – what how and when?

Whenever we see the dot(s), circular ring, dark spot in the logo these indicate the clarity and deep knowledge of the industry due to the passion and focus on his work.

Underline in Word Rana – The Underline which is technically known as an underscore to graphologist and analyst shows that the Founder has enough confidence in his expertise and knowledge hence there is confusion on the work structure.

Also, the width of the underscore is thick which shows the foundation and strong support from the industry and people. This thickness shows the rigidness and firmness of the decision taken by the founder and its team members.

Spacing between the Letter – The space between the letters are in proper proportion hence the founder member will give each client and their equal importance no matter whether it is a startup- individual or enterprises, these spacings show a good level of organizational skills of the founder and its team.

Sourabh Rana would not only give a good structure to his company but he can also delegate the work and will take proper decisions as per the industry’s movement and demand.

Font – As I mentioned above, the Fonts are completely Legible and in Capital Letter, thus the brand visibility and marketing strategies of this company would be eye-catching. They stand bigger in the market and showcase their skills very tactfully.

Colour – The Logo consists of 3 Colour Combination- Dark Blue and Orange with the White in the background.

Orange Colour – It is the Colour of SUN which is considered as KING in the Planetary System hence the colour sign and shade shows the company want and will stand as a pioneer in their industry and it is seen in their Ad-campaigns.

Sun, is also known for non-discrimination, willingness to help other, imparting knowledge and wisdom which is again seen in the company own launched SEO Course which is extremely unique and gives real-life training to their student.

Orange color also stands for uniqueness, equality, non-discrimination, and purity of mind hence it is used in the INDIAN flag and Indian Hindu Monk usually used saffron color robe which shows purity, divine power, and oneness with the cosmos and almighty.

The same feature will be seen in the upcoming year in SEO Rana as an SEO Company in Delhi if they maintain the same unique feature not only in their training and consulting but also in their unique logo. 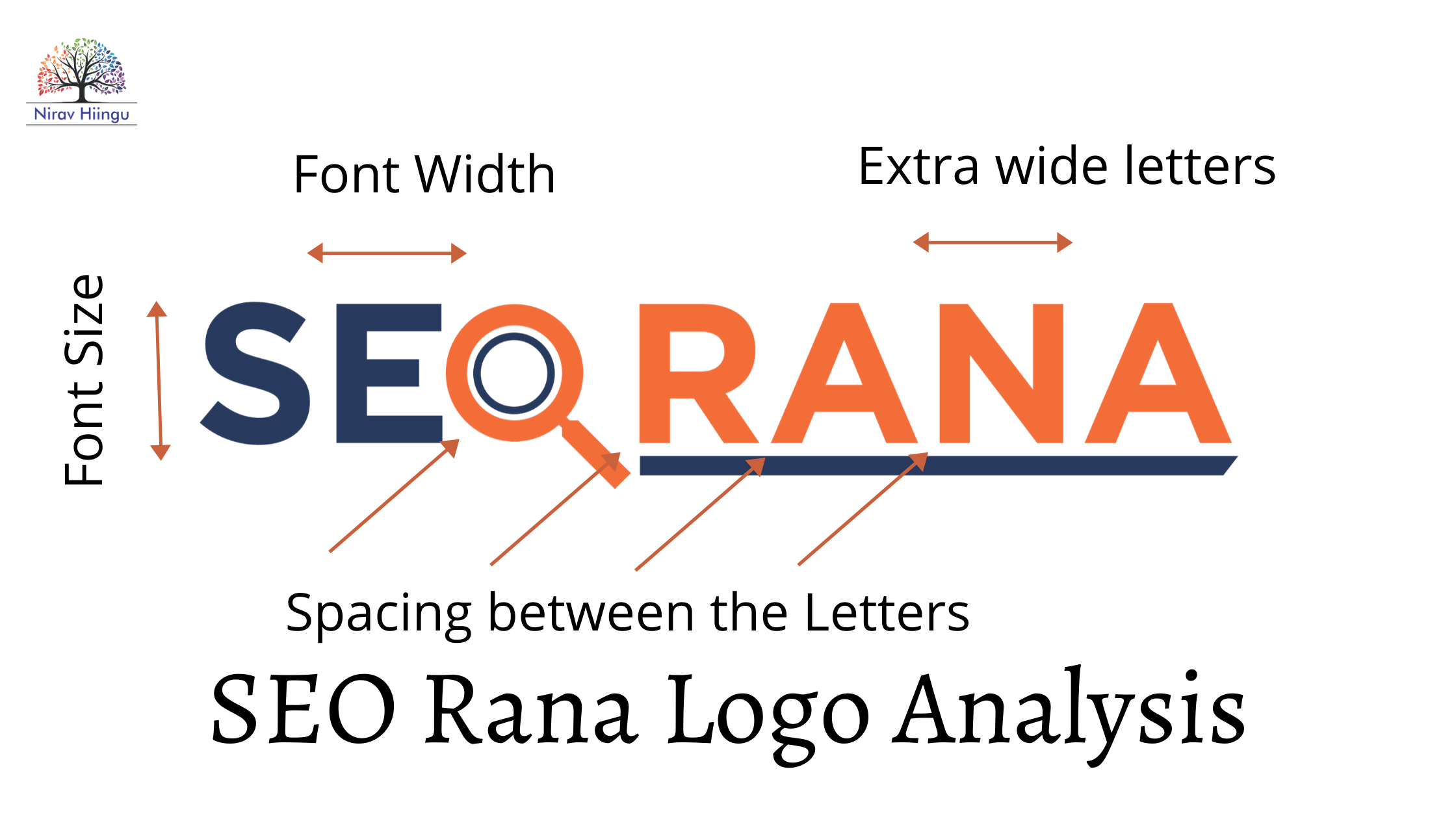 Similarly, the company would like to acquire these qualities in their work culture to gain maximum momentum by doing real-time research, working on the latest SEO tool, market demand, and offering the product/services which are affordable, practical, and realistic for the consumer.

White Background– Since, white is the color of Moon which stands for creativity, imagination, and emotional intelligence, the company will take care of the students and clients that it reaches to its desired height and maximum profit by their services.

White Colour also depicts cool and compose nature hence founder will take each step with proper consideration and won’t go as per the me-too product creation.

Their uniqueness will be seen in their blog, articles, product launching, and final result in the project.

Conclusion – The Startup – SEO Rana, can be considered as an institution which offers tech-solutions and will establish itself as the best SEO agency in Delhi. Its uniqueness of searching the latest trends of the market, knowledge, and quick witty responses will help them to acquire a larger market share in the SEO Industry.

I wish all the best for this startup for future endeavors.

Let me know how you find the article on Name Numerology and Logo Analysis of SEO RANA.